In this article, we will share some of the best sandbox and MMO titles that are the same as Roblox in many ways. You might find a few of these games safer and better than Roblox too. You can play these games on PC, Xbox, Playstation 4.

Here is our recommendation of the top 7 best games similar to Roblox to play:

So let’s dive in.

Trove is a Massively Multiplayer Online and Sandbox genre of game. This game is similar to Roblox, and it lets gamers discover and explore the environment and engage in exciting adventures. You can even build your own home, which is known as the cornerstone. 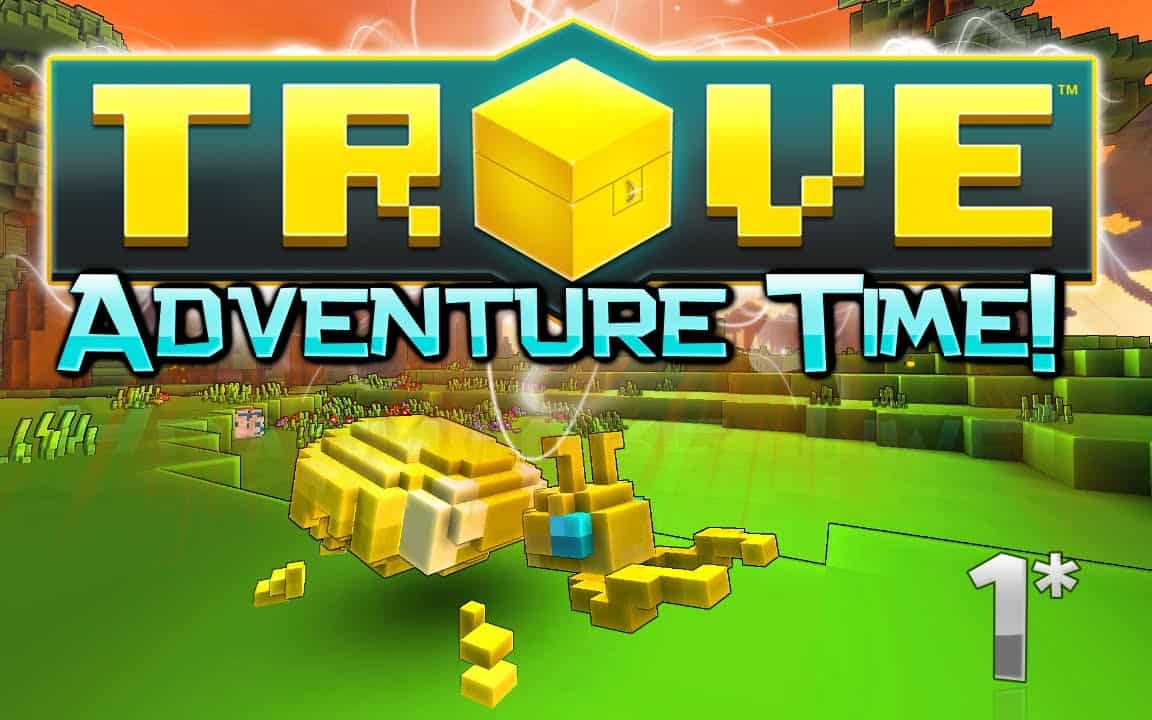 The game even lets the players choose from different gameplay classes like Knight or Dracolite. You can even customize your character based on their personal choice.

This game offers amazing graphics. Unlike the other online video games that are similar to Roblox, Garry s Mod game has no objective. You can do everything that you want to do within this game. Also, you can use the objects to create new weapons, environmental elements, and even vehicles.

Using your creations, you can drive around the area or even fly to discover and explore each and everything. Garry s Mod even lets its gamers socialize as it supports Multiplayer gameplay.

CastleMiner Z is a survival sandbox game. The overall environment of the game seems to be inspired by Minecraft. To survive in the game, you will need to craft weapons and use the same weapons to fight against the monsters.

Using the creative mode, you can use various blocks to create unique structures, and you can even save your creations in the game, which is honestly just too amazing. CastleMiner Z is only available for Windows PC.

The Blockheads is a unique survival game. It allows its users to craft, build, explore, and many more within the game. It is available for Android and iOS smartphones. New features are added to the game with regular software updates as well.

In The Blockheads, you can explore places in different weather conditions and seasons too. While playing this game, you will encounter many real-life scenarios like cold weather during nights. You will need to use your resources to create a campfire and survive in the game in such a situation.

Animal Jam is a unique game like Roblox, and you don’t even need to download it since it’s an online game. Similar to Roblox, In Animal Jam to play these games as an animal character.

When you play this game for the first time, you may feel like the game is developed for the young ones, but it becomes way too interesting as you play this game. The animals can be customized as per your choice.

Let’s be honest; it was our childhood wish to own a huge collection of Lego Blocks. Playing Lego Worlds, you can make your childhood dream of owning unlimited lego blocks a reality even now. It is very much the same as Roblox; Lego Worlds allows players to explore the environment. 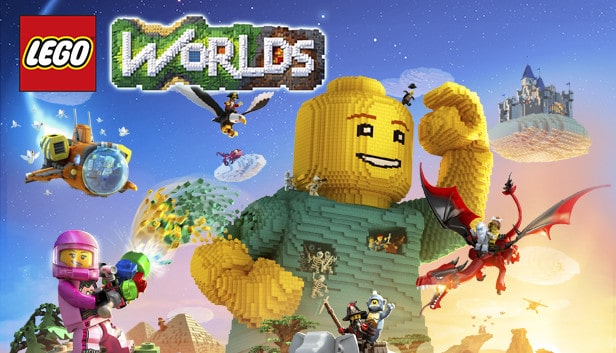 The amazing thing is the entire environment of this game is made up of LEGO bricks. You can create anything you want in this sandbox-style game.

Mythruna is an ideal game for you if you like playing Roblox. While playing Mythruna, you will enjoy some extensive building and craftsmanship elements within the game.

Also, there is small role-playing gameplay in Mythruna itself. According to the developers, each player will be a part of a unique story depending on their course of action.

Blockland is similar to Lego Worlds. This game is actually a brick building game that lets its users explore the environment and build structures along the way. 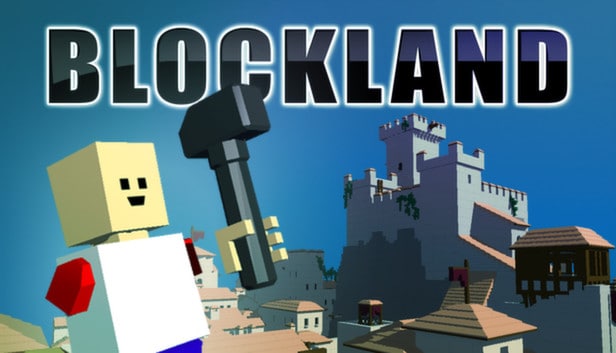 Another game like Roblox on the list is Creativerse. This sandbox survival game is free to play. It is basically a survival game that offers to explore the environments. As you explore, you will encounter flora and fauna as per your preference; you can either play this game with friends or family or on public servers.

If you compare the graphics, Creativerse is better than Roblox. You can easily play Creativerse on Windows and macOS computers and desktops.

Minecraft is another top-rated game and has a big name in the Massively Multiplayer Online genre. This game allows players to build anything they can ever imagine. Minecraft helped boast one of the biggest and most active gaming communities. It has an amazing building system. You can create your own game world in it. 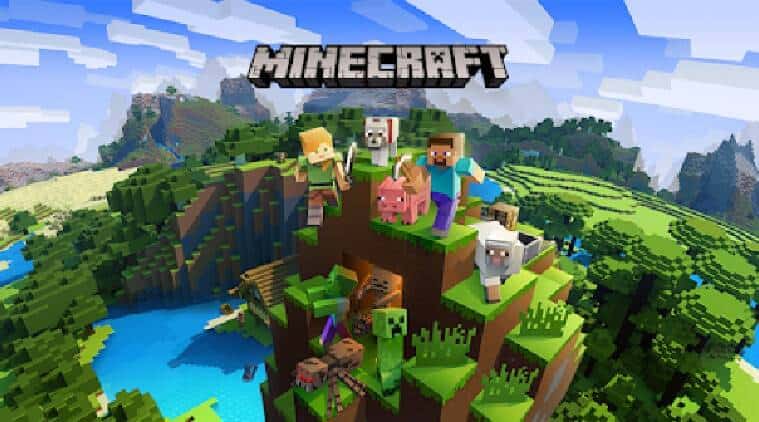 Though this game has low-quality graphics, the game offers amazing open-world environments to its users like caves, water bodies, forests, and much more. To progress further, you have to walk around, explore the environment, and complete specific tasks.

On your way, you may also be attacked by zombies or spiders, and other harmful creatures too. You will need to carry weapons to protect yourself. Minecraft is available on all the gaming platforms you can think of, and overall it’s one of the best games.

If you are looking for Roblox alternatives, then do check out KoGaMa. This game can be considered as one of the most addictive games like Roblox. This game offers multiplayer game mode. So, you can enjoy it with your online friends.

As per your preference, you can either create and design a game of your own or play the games created by others. Also, on this platform, you can find shooting games, arcade games, RPG games, racing games, and many adventure games. KoGaMa can be played on any laptop or tablet that can run a desktop browser.

So, everyone knows what Fortnite is. It is a  free to play battle royale game that shares many aspects with Roblox. The graphics and gameplay in Fortnite are way better than many other games like Roblox. There are three Fortnite games, namely, Fortnite: Save the World, Fortnite Battle Royale, and Fortnite Creative. The last one offers a complete Roblox-like gameplay experience. 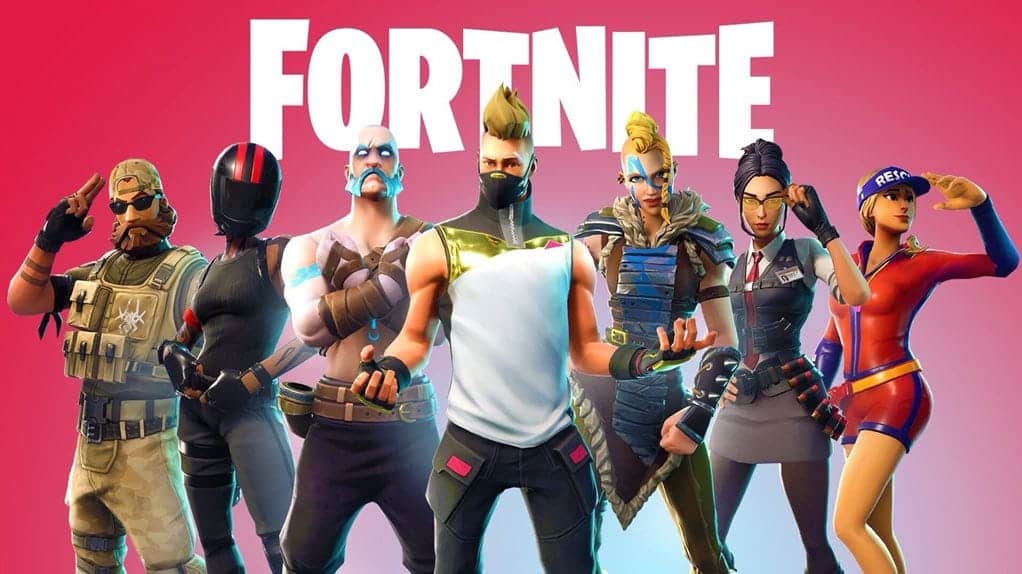 In Fortnite Creative game, the players are given access to a personal island to create their own worlds and battle area. Using this game, you can play several unofficial games like racing titles as well.

Terasology is another game that is similar to Roblox. This game shares gameplay aspects from both Roblox and Minecraft too. To level up in this game, you will have to fight, survive, and complete tasks along the way. In this game, the players can check out the world created by them.

This game has more and more features added to it with subsequent updates.

Terraria is a sandbox-style game and is very much similar to Roblox. It allows its users to explore the game and complete several missions. It is available on PC, MAC, Linux, Android, and iOS. In this game, the most important modes are digging, fighting, and building. As the name of the building mode says, it is specifically dedicated to young creative people.

Terraria has developed a big community over the years. To go to the higher levels, you will need to collect raw materials and craft goods by using them. The newly crafted goods will help you to complete missions at an increased pace.

In this mobile game, you can play against AI or any other players and unlock new abilities, powers, and even Gadgets to upgrade your brawler while playing. If you love playing Roblox, then Brawl Stars may be the best Roblox alternative for you.

Supercell develops it. This game offers many different gameplay modes within the game like Gem Grab, Showdown, Bounty, Heist. Also, many special events are hosted within this game. Also, this game is completely free to download and play.

Roblox is a very famous game; if you are looking for games like Roblox, then you can play Trove, Garry’s Mod, The Blockheads, Animal Jam, Fortnite, and many more.

What app is similar to Roblox?

Terraria is very much similar to Roblox. You get the opportunity to explore the world and complete several missions. This game is also available for PC, Mac, Linux, Android, and iOS.

What is a fun game to play on Roblox?

Some fun games are Natural Disaster Survival, Scuba Diving at Quill Lake, Theme Park Tycoon 2, Work at a Pizza Place; you can play these games on Roblox

So these are some of the best games that are similar to Roblox and are worth playing. You can try out these games and see if you would like them.

He is a Tech Savy Gamer who burn his calorie by sharing his knowledge through this blog, specializing in Web Developer, Design, Programming web applications and various other tech skills. He loves to play different types of Games in his free time.