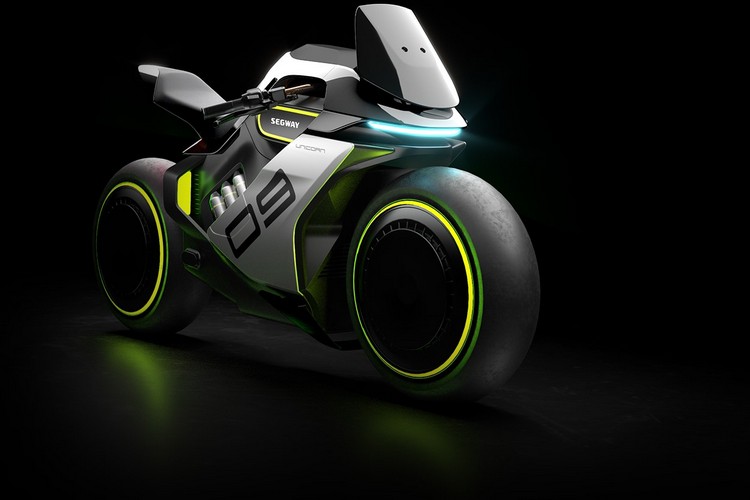 Segway, the company that is known for its one-of-a-kind self-balancing scooters, has announced a new Tron-inspired motorcycle called the Segway Apex H2. It is a futuristic version of a normal racing motorcycle. However, unlike traditional fuel-powered bikes, the Segway Apex H2 is equipped with a hydrogen-electric hybrid powertrain to deliver the required power.

Since Ninebot, a Chinese startup backed by Xiaomi, acquired Segway in 2015, it has started to focus more on electric vehicles. The company began developing vehicles ranging from four-wheelers and delivery robots to go-karts and, of course, electric bicycles. So with the release of the Apex H2, it seems that Segway is aiming to make motorcycle racing environmentally friendly.

Now hydrogen in its natural form is quite hostile and susceptible to explosion if the container is damaged. To prevent that from happening, the company has used a solid alloy hydrogen cylinder that is about the size of a water bottle.

The company claims that this will give it an efficiency of around one kilometer per gram of hydrogen. The hydrogen cylinders are replaceable, which will make refueling much easier. In addition, the vehicle can reach 81.5 hp of power.

Coming to acceleration, the Apex H2 has some impressive numbers to brag about in the department. That has a maximum speed of 150 kmph. Furthermore, the company claims that the Apex H2 can reach 0-100 km / h in less than 4 seconds, which is pretty crazy for a hydrogen-powered two-wheeler. 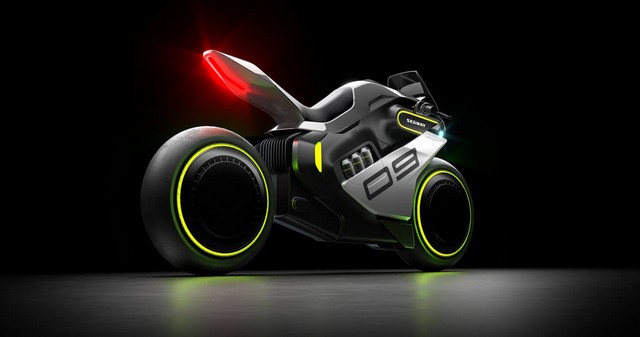 From a visual point of view, the motorcycle looks quite attractive with a gray and black color scheme. The concept uses a single-sided swingarm for the front and rear wheels, enhancing its floating wheel design when viewed from a particular angle. The bright green accents, as I mentioned, seem to be inspired by the movie Tron: Legacy.

The Apex H2 is scheduled to go into production in 2023. The company will produce the crowdfunding project only after 99 pre-orders. The motorcycle is priced at CNY 69,999 (Rs. 8.98 lakh).

Needless to say, the Apex H2 has very little chance of launching in India. Even if you did, would you invest in this or would you rather buy a gasoline bike at this price? Let us know in the comment below. For now, you can check it out at Ninebot Official Website.