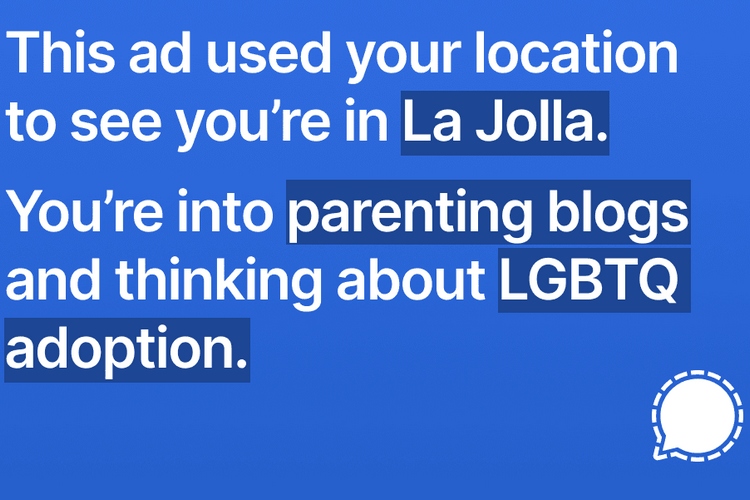 In the midst of the advertising transparency and privacy battle between Facebook and Apple, secure messaging app Signal has run an honest ad campaign that shows how much data the social media giant collects from its users for targeted ads. Unsurprisingly, Facebook didn’t like this move and ended up disabling the Signal ad account.

Signal used the Facebook ad platform to buy some Instagram ads. Through these announcements, the company displays information collected about the viewer. “You received this ad because you are a K-pop-loving chemical engineer. This ad used your location to indicate that you are in Berlin. And you have a new baby and you just moved in. And you’re really feeling those pregnancy exercises lately. ” read one of those ads.

Shortly after this happened, Facebook disabled Signal’s ad account. In a recent blog post, Signal showed more examples of such ads. Take a look at the pictures below:

Facebook, however, denies the claims and calls it a publicity stunt. “This is a hack from Signal, they didn’t even try to run these ads, and we didn’t close your ad account for trying to do so. If Signal had tried to run the ads, some of them would have been rejected because our advertising policies prohibit ads that claim you have a specific medical condition or sexual orientation, as Signal should know. But of course, posting ads was never their goal, it was about getting publicity. “ says Facebook.

Regardless of what Facebook wants you to believe, it’s no mystery that the company’s core business model is based on targeted ads. If you want to remove what Facebook already knows about you, check out our guide on how to remove activity outside of Facebook. You could also consider deleting your Facebook account if you no longer want to use it.