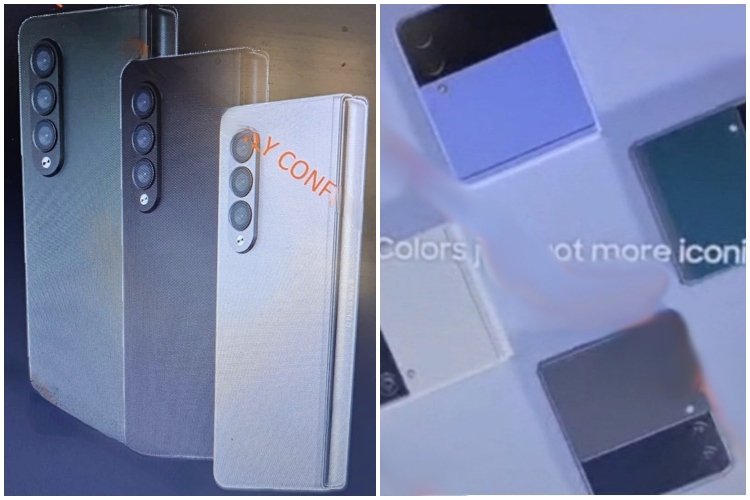 Starting with the Galaxy Z Fold 3, based on the leaked images, we can see that the device comes with a vertical triple camera module that looks quite different from the contour cut camera design of the latest Galaxy S21 series.

Additionally, there is an image of the Galaxy Fold 3 showing the device with the S-Pen, confirming earlier rumors about the device. Furthermore, it is slated to be the world’s first foldable smartphone with an under-display selfie snapper and comes with a new hybrid S-Pen.

In addition, Samsung will also integrate a new “armor” on the screen, hinge and bezel to improve the durability of the device. In addition, the outer screen will come with the Gorilla Glass Victus for better protection against drops and to avoid scratches. It will come in three new colors: black, white, and a sea green-like color scheme.

Arriving at the Galaxy Z Flip 3, the leaked images suggest that the device will come in a variety of colors. In fact, Samsung, according to the images, has implemented a new two-tone color design for the Galaxy Z Flip 3 that subtly hides the front cover screen.

Upon reaching the cameras, we can see a dual camera setup next to the deck display. Although there is not much information available on the optics of the device as of now, it should bring a significant improvement over its predecessor.

Coming to the launch date of the devices, Samsung has not confirmed anything officially. However, according to reports and the leaked Samsung product roadmap, the company could launch the devices sometime in July this year. So stay tuned for more information in the coming weeks.