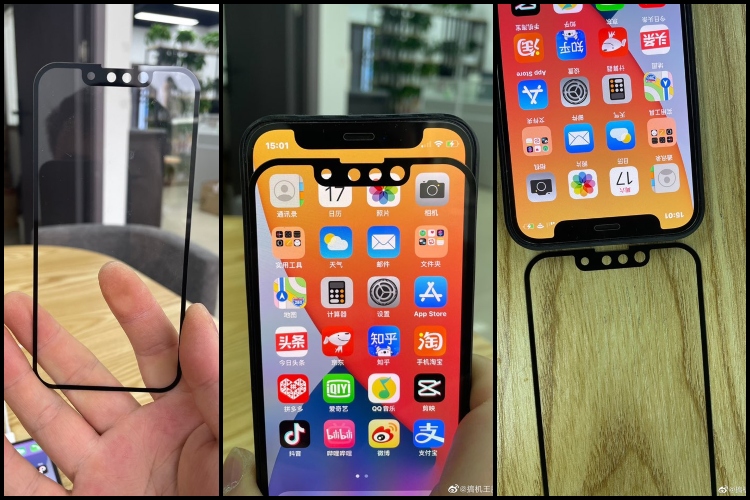 Ever since Apple introduced the infamous notch with the launch of the iPhone X, it has remained the same on subsequent iPhone models. According to recent leaks, Apple could finally downplay the notch size with its upcoming iPhone 13 series. And now, we have images that could support the claim.

Last week, trusted tipster DuanRui (Twitter / @ duanrui1205) shared some images of what appears to be a glass film or screen protector for the upcoming iPhone 13 model. The leaker recently shared a few more images of the “film samples”, along with the iPhone 12 to help you compare the existing notch with potential iPhone 13 notch. You can see the attached tweet below.

As you can see, the notch in the iPhone 13 “movie sample” appears significantly smaller than the current notch in the iPhone 12 series. The reduction in notch size will be as a result of Apple repositioning the headset at the top of the screen rather than integrating with the TruDepth camera system.

This follows several reports claiming that the Cupertino giant plans to reposition the headset, which is also part of the stereo speaker system, on the iPhone 13 on top of the chassis. Even renowned Apple analyst Ming Chi-Kuo stated that the2022 iPhones will feature a smaller notch, although he did not mention the repositioning of the headset.

In addition to a smaller notch, the upcoming iPhone 13 series will finally provide support for a 120Hz display, much like the ProMotion displays on the iPad Pro. Additionally, it could feature an improved ultra-wide camera and even an in-display fingerprint sensor. , according to previous statements.

Meanwhile, on the iPhone 14 news, Kuo recently stated that Apple is aiming to remove the “Mini” size option with the launch of the 2022 iPhones. Additionally, they could also introduce a new 48MP camera that could supposedly carry photography. from iPhone to “A new level” next year.