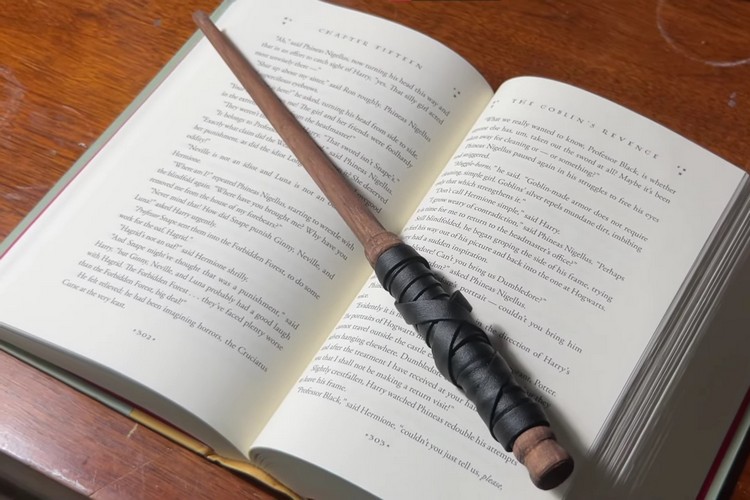 With the rise of voice assistants and smart devices, interacting with electronics has become easier than ever. In today’s world, we can simply ask our smart speakers to turn on the smart bulbs in our room remotely. Now, there is no denying that this feels a bit magical. However, what if I told you that someone built a ‘magic wand’ that allows one to control electronic gadgets with shaking gestures? With this in your hand, I am sure you will feel like the headmaster of Hogwarts!

During lockdowns due to the coronavirus-led pandemic, Sam March, who wanted to be a magician since he was six years old, had a lot of free time. Also, it was inspired by a quote from Arthur C. Clarke, who said: “Any sufficiently advanced technology is indistinguishable from magic.” Thus, with a great deal of time available, March began the magical month-and-a-half journey to build the wand and fulfill his childhood dream.

How does the magic wand work?

Now the magic wand is based on a DA14531 Bluetooth Low Energy (BLE) system-on-chip and is paired with smart plugs that run on the same hardware. An accelerometer that fits inside the wand allows it to detect rippling movements and then send signals to smart plugs via Bluetooth to turn a device on or off.

Sam started out by buying two circuit boards with some Bluetooth chips so they could interact with each other. Once he was done with the coding, he finally gave it a try, and a little light bulb on one of the circuit boards lit up as the other board shook. With that succeeding, the next step was to design the electronics for the wand.

So to make the wand compact, March needed much smaller SoCs than the ones it got for testing. As a result, he ordered smaller circuit boards with a Bluetooth chip and an additional accelerometer to allow the wand to detect rippling movements. After this, he went on to place each of the chips on the new plate and heated it with an infrared heater. Once the hardware part was finished, it was time for the final coding.

Now that the science was out of the way, it was time to build the chassis for the wand. So March divided the entire wand into five sections. The lower part that holds the battery and the circuit board, an upper part to place it, a stop piece to hold the two pieces and finally the tip of the wand. For the finishing touches, he went on to wrapping the hilt in leather.

You can see the entire wand-making process in the March YouTube video below. Better yet, if you want to make a similar magic wand for yourself or a loved one, you can use Sam’s resources from your Github Page.

So, as you can see, the result of the project is a beautiful magic wand. I know one might prefer to just ask the voice assistant to do the job, but there’s no denying the fact that this concept is fun and out of the box. I would kill to wave my wand at my light bulb and say “Lumos” to see the light in my room come on.

Also, the video above only shows the build of the wand and not the adapters that work with it. However, Sam says that he will share dedicated videos to show how he made the adapters that react to his magic wand.