Do you know who the top gamers in the world are? Stay tuned here and read on to know about the most popular video gamers and their net worth. When the world shuts down in the pandemic situation, the popular video gamers and streamers are still making a fortune and continue to entertain us. Arguably, video gaming and live streaming have become the new norms of the world. Numerous entertainers and video games turned around, and the count was in a million worldwide. So let’s dive deep to know about the top 10 gamers in the world.

Today, in this post, I will talk about the world’s top 10 richest gamers and their net fortune. So, let’s get started.

Here is the list of Top 10 Gamers in the World with their net worth. Let’s dive in:

PewDiePie is on the second number in the list of the top richest gamers in the world. Not only that, but PewDiePie is also the No 1 Youtuber who gained around 108 million subscribers. He so much influences PewDiePie viewers. Even if he asks to gain one billion dislikes, his audience does that and makes him earn his target. 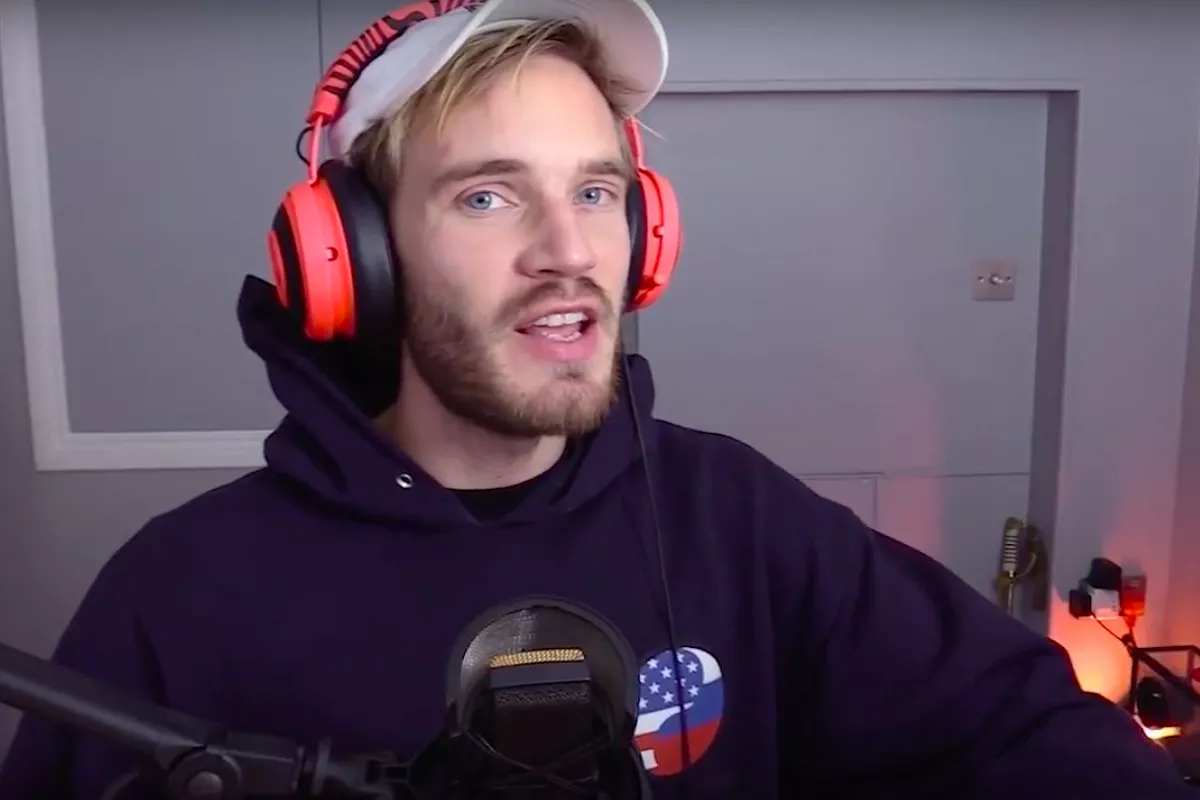 Felix PewDiePie also uploads funny videos, memes, anime, and roast videos. Like Ninja, PewDiePie also made a massive success from its gaming videos. Recently, this worldwide famous YouTuber also stated that now he will focus on streaming related to exclusive offers and deals on his YouTube channel.

But for now, he remains the most popular gamers and achieved around 4.5 billion views on his video, and made a fortune of $40 million.

Mark Fischbach or the Markiplier is another famous YouTuber who runs his own YouTube channel with the name “Markiplier.” Majority of the Americans like his gameplay videos of horror games, indie games, Amnesia: The Dark Descent, Five Nights at Freddy’s series, and many more. 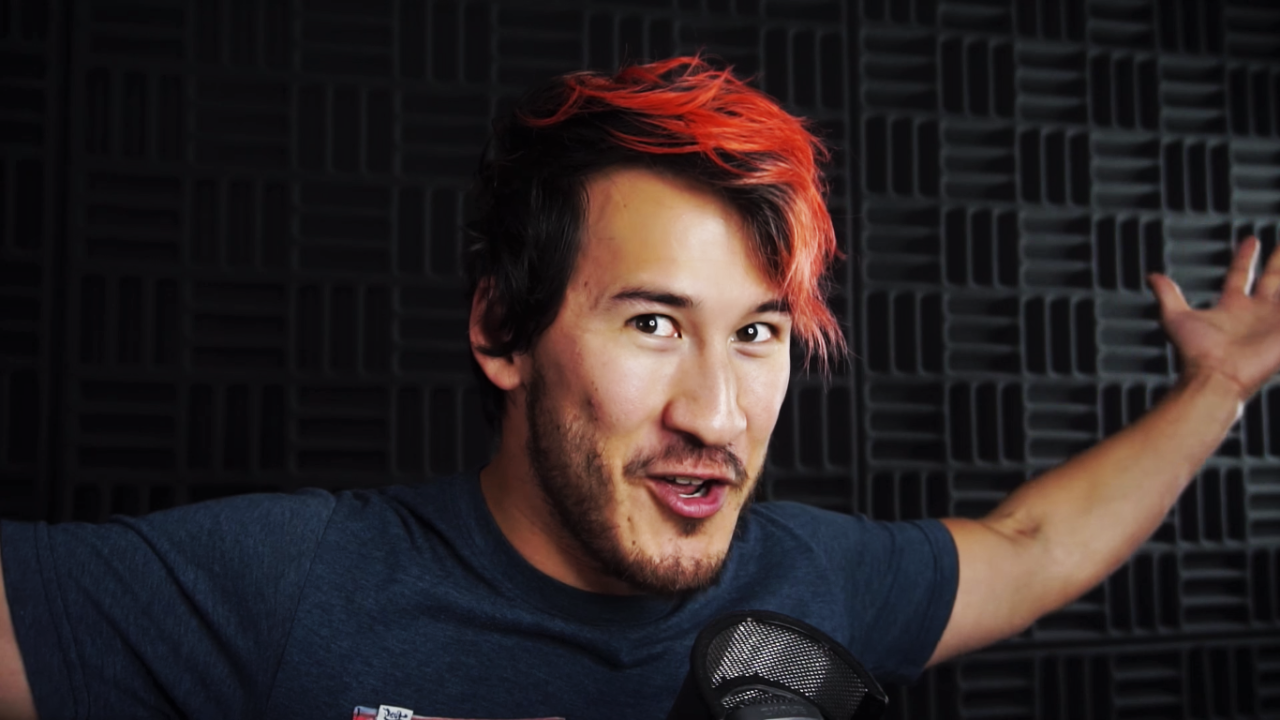 His over-the-top responses and sarcastic influencing power make his gaming videos more fascinating and entertaining. He recently touches the bar of 25 million subscribers and earns a massive fortune of around $35 million.

Daniel Middleton is another extremely popular video gamer in the world. He mainly plays the Minecraft game, which he posts on YouTube channel running with the name DanTDM. Daniel usually makes gaming videos about Roblox, Minecraft, and Pokemon. 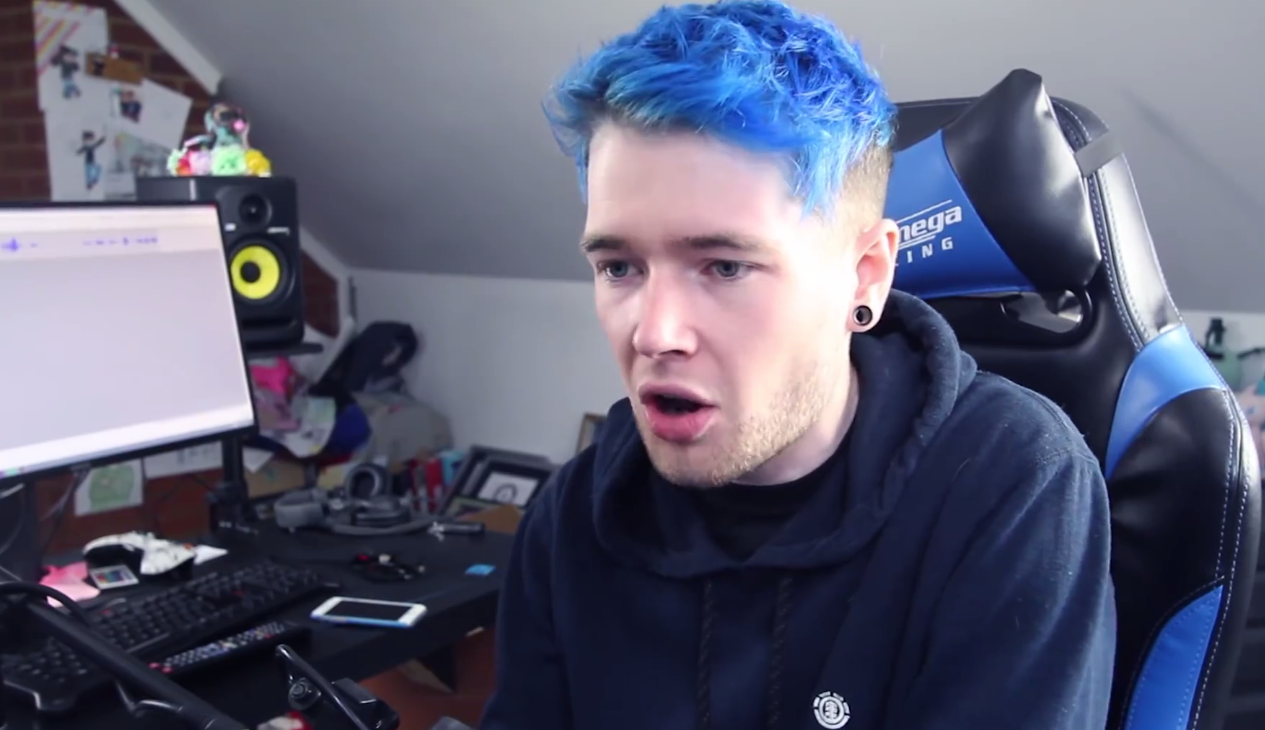 In 2015, he became the most popular YouTuber also. Moreover, he makes video series on video games, and his net worth is around $35 million.

Tyler Blevins (Ninja) is one of the richest gamers in the world. Ninja is well known for the streaming of the Fortnite games. For decades Tyler has been streaming on various games such as Call of Duty, PUBG, H1Z1. But for now, Fortnite is closed. 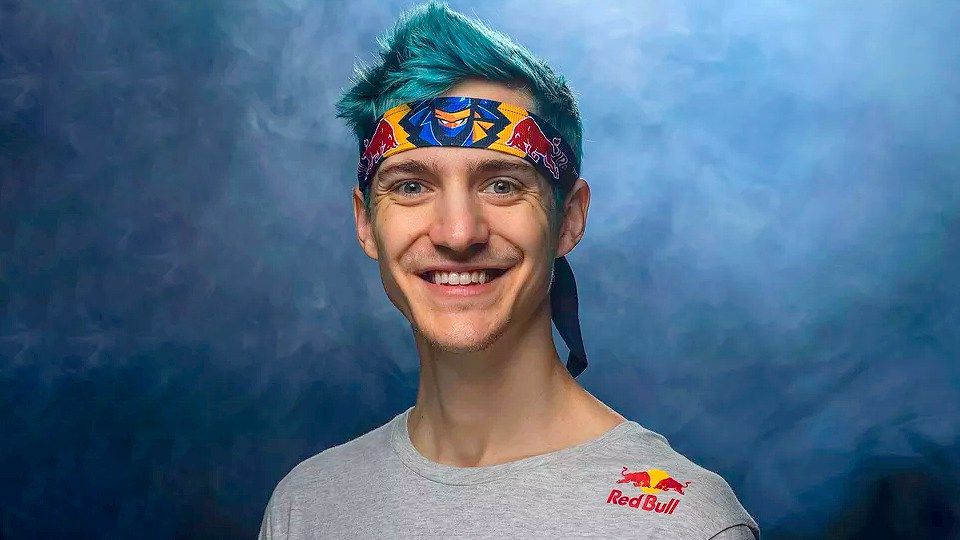 When this Fortnite game came into existence, Ninja gained massive success by playing the Fortnite game on Twitch. Moreover, he made many records on Twitch in Fortnite and became the most famous gamer globally.

After making a deal with the Mixer, he left Twitch and started streaming on Microsoft’s streaming platform. The developer of Fortnite also launched the Ninja Avatar, which his fans can play. After gaining popularity, Ninja got so many brand advertisement deals and other products like Red Bull, NFL, Adidas, and many others. Thanks to all the fame that made Ninja earn the fortune of around $17 million, which is even more than the earning of PewDiePie. 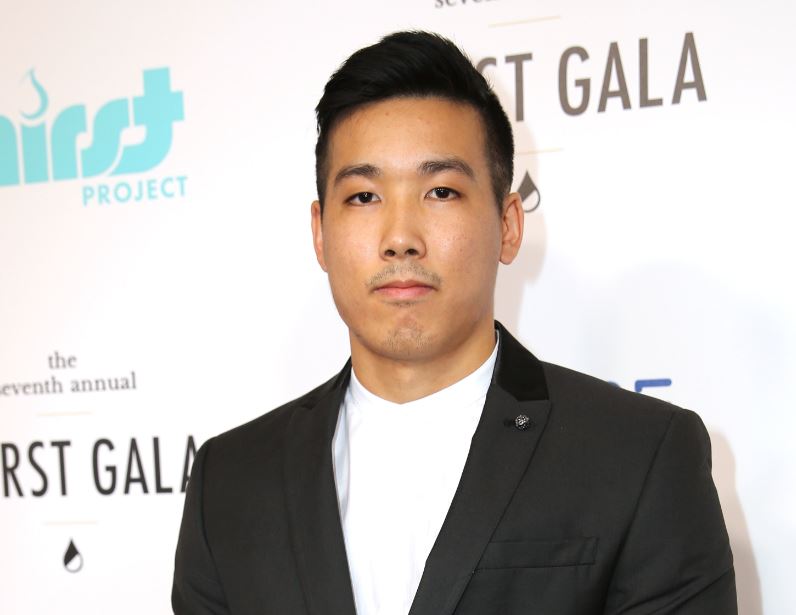 But now his huge fan base made him so popular, and his YouTube channel gained 25 million subscribers and last year, he received more than 1.6 billion views on the video. He also plays the role of a monster hunter in the Paranormal Action Squad. This is a 2016 premium cartoon series streaming on YouTube. The net worth of the Fong is around $25 million.

Preston Arsement is one of the best gamers in the world. He earns more than 12 million viewers on his YouTube channel. Preston is quite famous for playing video games like Roblox, Minecraft, and Dota 2. And you probably know that Minecraft has a huge fanbase. But most of the fans are kids who have plenty of time to play games. 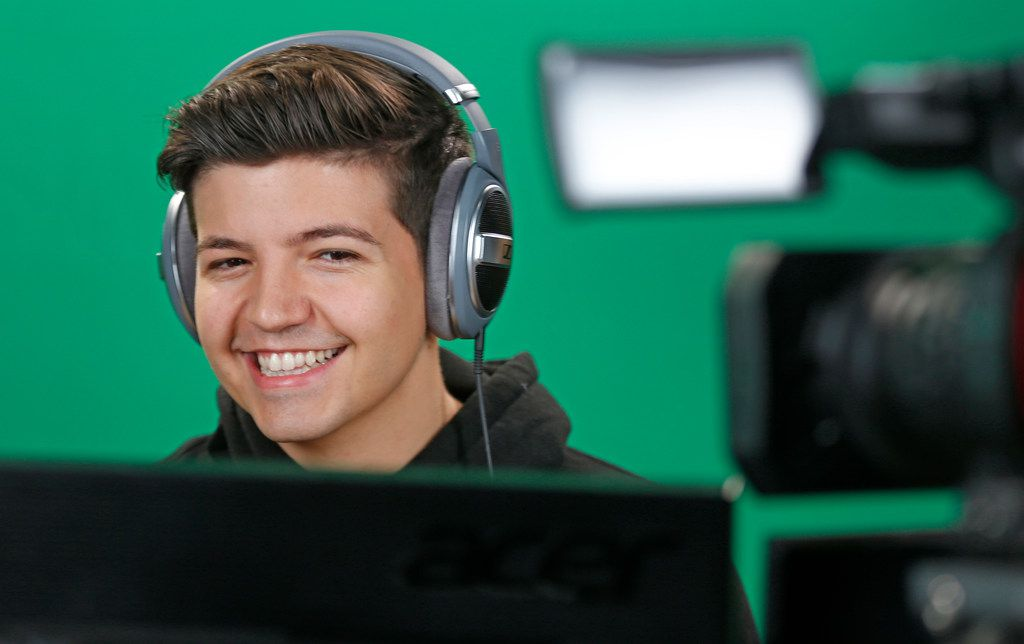 Most of the profit he gains comes from his YouTube channel, which runs with his name, “Preston.” He posts content related to video games, and that’s why he gains a third place in the list of richest gamers in the world.

Most of the video gamers present in the world are fans of Michael Grzesiek (Shroud). His accuracy rate while playing games like King of Battle Royales is unprecedented. Shroud is a pro-CS: Go Player, and now he has become the Twitch streamer. 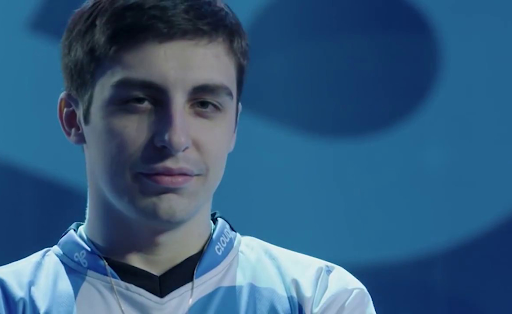 He also has a strong reputation and received a lot of attention worldwide while streaming on Twitch. He entirely ruled the platform, conquered the PUBG battlefield, and showed his various FPS games expertise.  After gaining immense popularity and signing up the deal with the Mixer, he left Twitch and is also playing Valorant on his streaming channel.

Most of the fortune that he gains comes from his video games. Moreover, most of the gaming companies in the world also pay him for playing their games. He also has many clothing lines with his gaming brand name Jinx.

Jacksepticeye is a professional Irish Youtuber who has around 23 million subscribers on his YouTube channel. He usually uploads the content related to video game tournaments and talks about the upcoming video games. Jacksepticeye also gained popularity for his humorous video gaming series. His viewers found him entertaining. 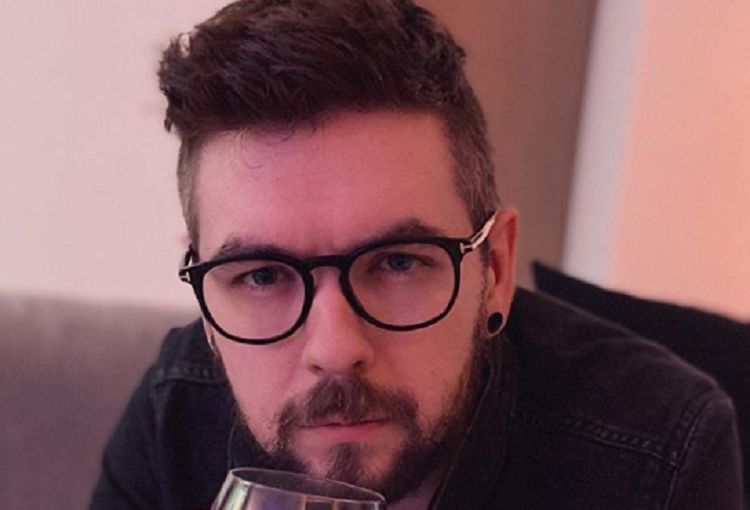 He usually shares video games, and last year he and his fellow YouTuber Mark Fischbach started a clothing company. For now, his total earning is around $11 million, which makes him gain the place in the list of wealthiest gamers in the world.

Timothy John Betar, also known as TimTheTatman, was a Twitch streamer like Blevins and had more than 4 million subscribers. He usually streams games and plays games like Fortnite, CS: Go, and many more. Since. We all know that the Fortnite streaming channels have massive popularity these days. This could be the reason for his popularity too. 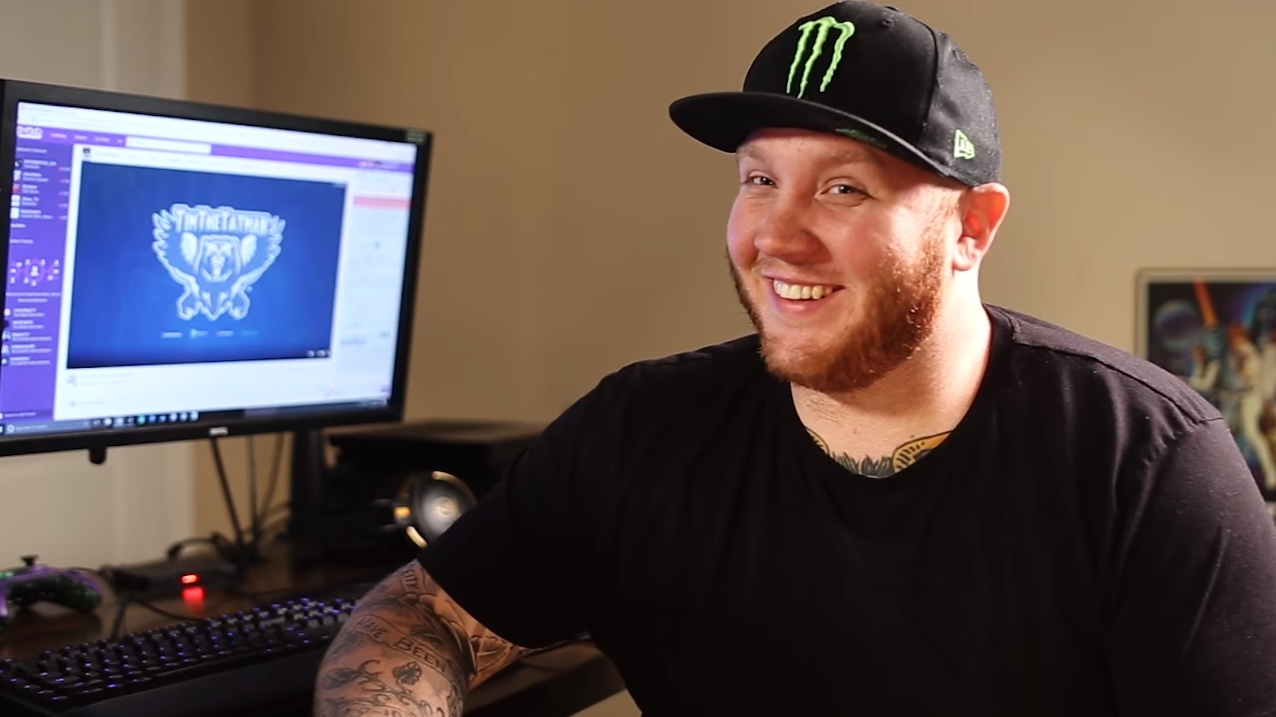 On NFL’s Thursday Night Football games, he also streams live as the commentator. Moreover, he also signed up for many exclusive deals with Twitch. He also received many gaming awards like the Gamers Choice Award for Gamer of the Year and Favorite Male Streamer.

Johan Sundstein is also famous for playing the DOTA 2 for the OG team. He is a professional player of DOTA 2. Likewise, other Pro gamers of today’s generation also jump to the DOTA 2 from the Heroes in 2012. He made this transition as he gets to notice that his popularity is declining.

Johan and his OG team teammates are the winners of the competition known as “The International.” This is one of the largest tournaments of the DOTA 2. Probably, the largest gaming tournament in the world. During the journey, he also became the first player of Danish Esports to win the event.

After that, he and his team participated in “The International 8 and 9 and earned the total prize money of around $27 million. Day after day, he continues to make a massive fortune, and his current wealth is about $6 million. He is one of the best gamers till now who earn the highest prize money.

Who are the top five richest gamers in the world?

Johan Sundstein earns the highest prize of around $27 million in The International gaming tournament.

Who is on the top spot in the list of richest gamers?

PewDiePie is the wealthiest gamer globally and holds No one position in the list of top richest gamer.

So, these are the top ten richest gamers in the world. Most of them earn a massive fortune from their video games content and YouTube channel. Moreover, they have enormous popularity on YouTube channels as well. In contrast, some are the masters of the gaming world.

He is a Tech Savy Gamer who burn his calorie by sharing his knowledge through this blog, specializing in Web Developer, Design, Programming web applications and various other tech skills. He loves to play different types of Games in his free time.