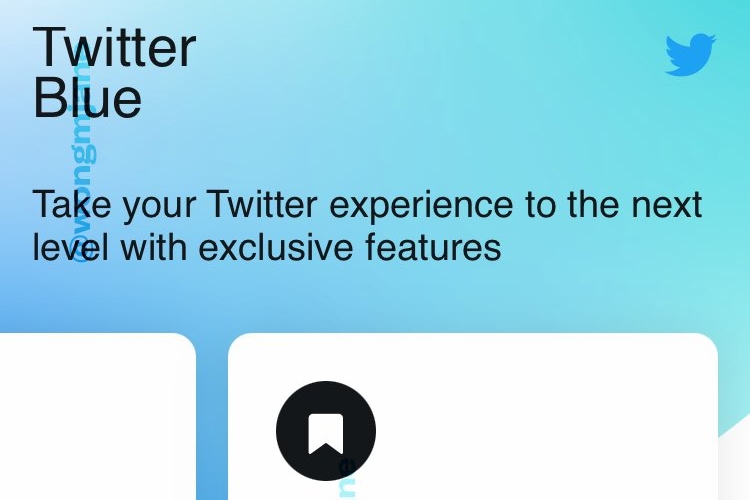 The leak comes from app reverse engineer Jane Manchun Wong, who shared Twitter’s progress on the Bookmark Collections feature. She revealed that the company will include it with the undo tweet feature as part of Twitter Blue. According to the tweet, Twitter Blue it can cost $ 2.99 per month.

Now, you must ask yourself: how is the Collections feature different from the existing Bookmarks feature that you can now use to save Twitter threads? Instead of adding all your favorite tweets in one place, Collections will allow you to organize them as folders.. This is a useful feature if you often find yourself flagging tweets within Twitter. It doesn’t seem like you can filter or search these bookmarks just yet, but Twitter can add that functionality ahead of Twitter Blue’s launch.

When you get to the undo send button that was first seen in a Twitter poll, Twitter can let you choose where you can undo the tweet. For example, you can choose to keep the Undo send option enabled only for original tweets and replies, while disabling it for appointment tweets and threads. You will also have the option of set the period to undo the tweet up to 30 seconds.

So, will you consider getting a Twitter Blue subscription if the company launches you with these features for $ 2.99 a month? Share your opinion in the comments.