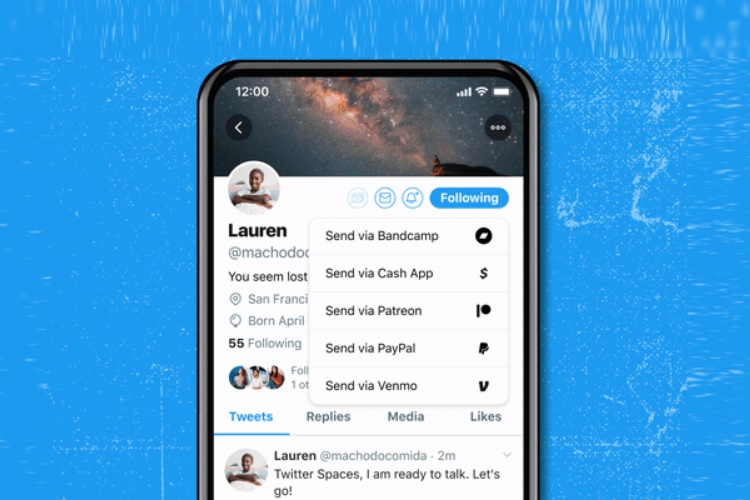 Twitter, lately, has been working on a ton of new features. The company recently began rolling out its clubhouse-like audio room feature called ‘Twitter Spaces’ to all users around the world. And now, the company has Announced another addition to the platform: Tip Jar.

The concept is pretty simple and self explanatory. Twitter users can now add a new ‘Tip Jar’ button that looks like a dollar bill on their profile page. To use the feature, tap the button on anyone’s profile (as long as they’ve activated the feature) and you’ll get options to tip them. Twitter supports many payment applications, including Venmo, Cashapp, PayPal, Patreon, and Bandcamp, so you can choose which payment method you want to use.

Twitter is understandably bringing this feature to its native mobile app on iOS and Android. After all, users have been using Twitter to attract suggestions and donations for a long time. You’ve probably seen links to Venmo and Cashapp, or even someone’s SoundCloud page in a viral tweet in the past. With this new feature, Twitter is simply incorporating that into its own service, natively. While we cannot set up a Tip Jar on our profile at this time, we did see the feature available on certain profiles on Twitter. 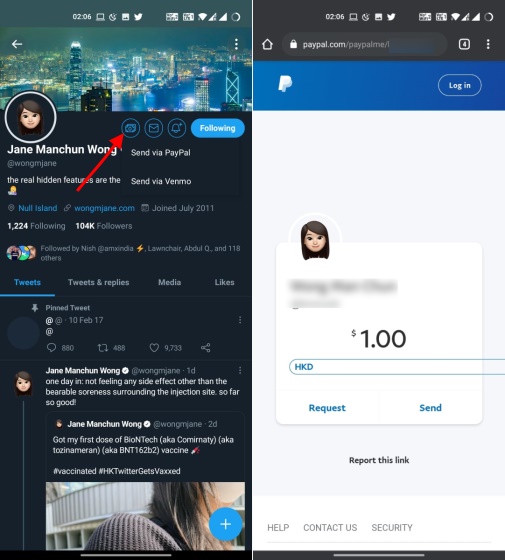 It’s worth noting that the tip jar is only available on a Twitter user’s profile page. Users who want to tip a creator or someone they want to support will have to go to their profile to give them some money. Right now, it doesn’t seem like Twitter has plans to make this feature available in more places on Twitter, but that could always change over time.

Right now, Twitter says the feature is only available to users who use the platform in English, and makes Tip Jar available only to a limited group of people, including journalists, nonprofits, experts, and creators. In the meantime, anyone using Twitter in English can start tipping people who have Tip Jar enabled.