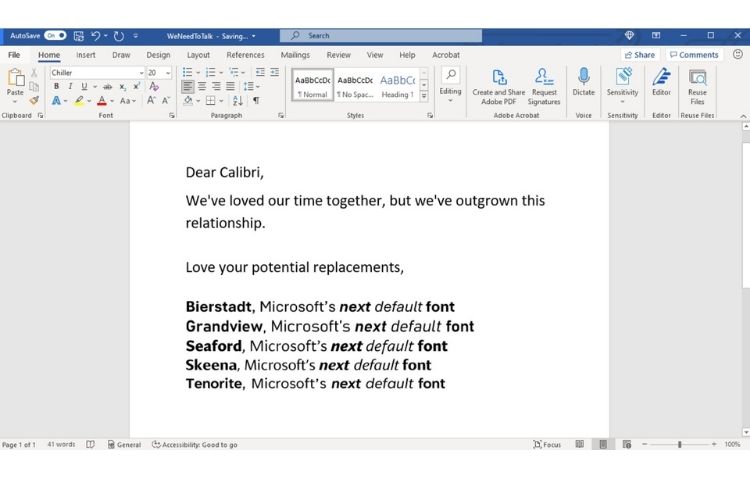 Microsoft, in 2007, replaced its default font for everything Microsoft-related, from Times New Roman to Calibri. Since then, the latter has been the default font in all the company’s Office apps and everything in between. Now, after almost 15 years, Calibri will say goodbye to its current default font position. Microsoft wants you to choose your next default font.

The company announced that it would change its default font via an official blog post. In the post, Microsoft states that it is time for us to evolve and use a new default font in all of its applications and services. As a result, the software giant commissioned five new custom fonts, of which it will replace Calibri as the default font.

According to Microsoft, the new custom fonts expand on various sans-serif styles, such as humanistic, geometric, Swiss, and industrial. Plus, they’re made by dedicated designers, making each of the new fonts unique in its own way.

The following default font for Microsoft

Now the names of the new fonts are pretty catchy too and they are Tenorite, Bierstadt, Skeena, Seaford, and Grandview. So, let’s take a look at them individually, shall we?

Tenorite is the first contender to replace Calibri and has a traditional “Workhorse sans serif (a sans serif font, or a stroke at the ends, such as Times New Roman)” Sight. However, it has a more friendly and warm style, creating a “Generally open feeling”. 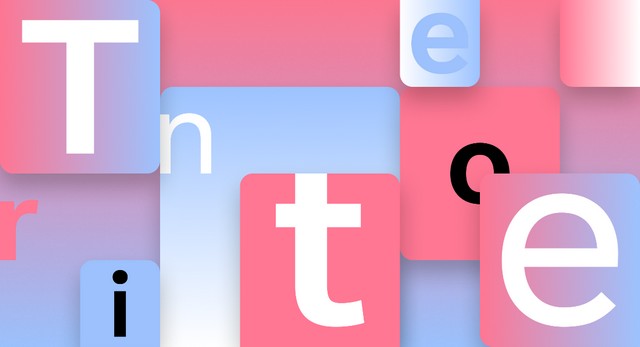 The second contender, Bierstadt, is similar to the sans serif typeface and is inspired by the Swiss typeface of the mid-20th century. It has a versatile typeface that, according to Microsoft, “It expresses simplicity and rationality in a very readable way.” 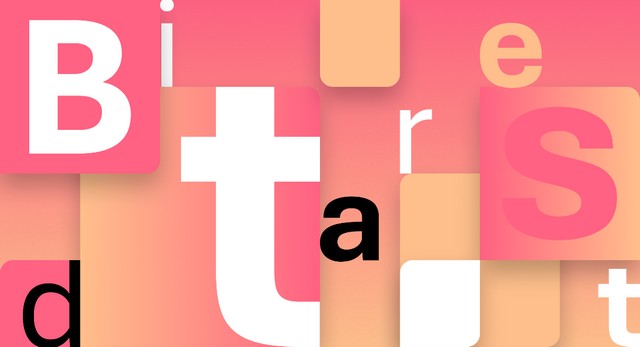 Skeena is essentially a “humanistic” sans serif that takes its inspiration from traditional serif typefaces. It has a single line design that offers a striking contrast between thick and thin. Also, there is a distinctive cut applied towards the end of each letter. It is an ideal font for body text in long documents and shorter passages in tables, reports, and advertising brochures. 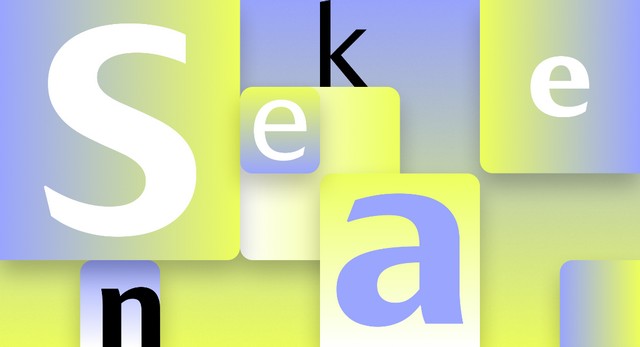 Now Seaford is a sans serif typeface that comes from the roots of old-style serif typefaces. It features a familiar design with its organic and asymmetrical shape and emphasizes the differences between the letters to create more recognizable word shapes. 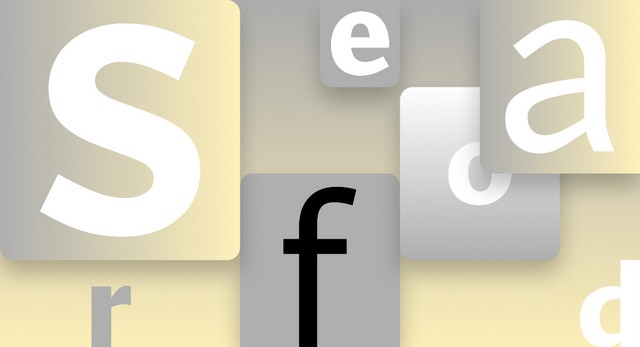 Lastly, Grandview is a sans serif typeface that comes from classic German road and rail sign fonts. The sign fonts were specifically designed to be readable at a distance and in low light conditions, and Grandview has a similar design. So according to Microsoft, Grandview is great for body text. 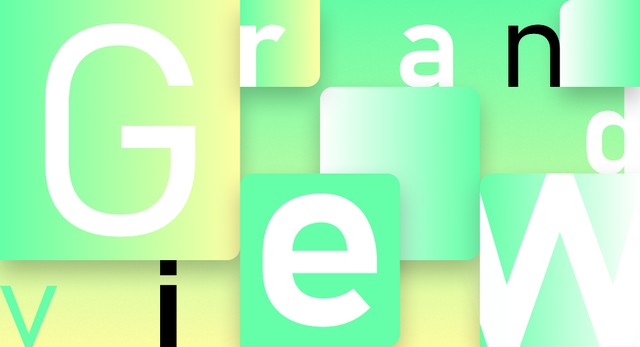 How to choose the following default font for Microsoft?

One of these five new fonts will replace Calibri soon. Now, the company wants your feedback and votes to choose the next default font for its apps and services.

Microsoft recently shared a tweet (attached below) to connect with users and get their feedback. Therefore, you can comment on the name of your favorite source on this Twitter post to inform Microsoft of your preference. The company says that even if you don’t choose your favorite font as the next default font, all new fonts. including the default old Calibri. it would still be in your arsenal within Microsoft Office and 365 applications.

We need to talk. What should our next default font be? pic.twitter.com/fV9thfdAr4

So which of the five fonts do you want to become the next default font for all things Microsoft? Tell Microsoft and us what you think!